Top 5 Animated Movies we are Looking forward to in 2019 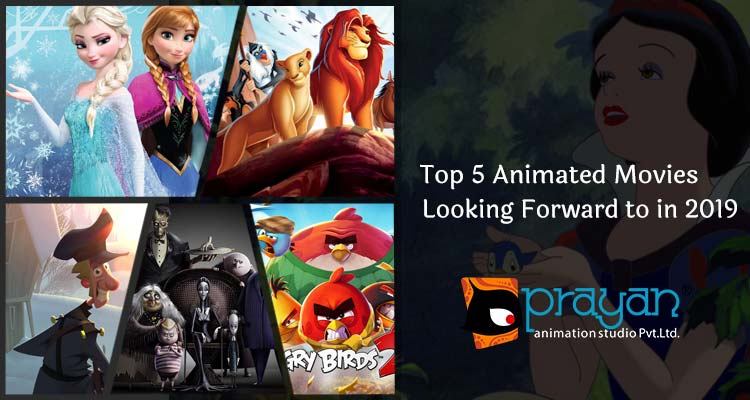 Similar to the previous years that witnessed some of the best animation movies in the world, 2019 also stands as one of the years with the best upcoming lineup. With the following list of fully updated and well researched content, we are confident that the following are among the best animated movies that you should eagerly wait for.

First in the queue is FROZEN 2. With the first part of the scene having been released in 2013, the animation movie confidently bears all the weight as the first one on the list of animated movies to anticipate for in 2019 beside becoming a selling and live show marvel. The development, just to affirm its readiness, experiences the return of the original directors and many of the casts including Idina Menzel and Kristen Bell.

Secondly, we have THE LION KING. Despite the Disney reference to this movie as a live action remake, it is factual to comment that it is just a photo real computer animation. With the director Favreau who passionately handled the Disney live action or rather the cg hybrid of re-imagining of the jungle book, is also overpoweringly on the lookout for all cg for LION KING. However, the same technique of virtual production approach to ‘shoot’ the film is going to be employed. MPC has the mandate to come up with all the charming characters of the film and their environments.

Additionally, THE ANGRY BIRD 2 is having its way back in 2019. The Rovio and SONY picture animation are cleaning their way and putting together their efforts for the angry bird 2. It is quite important to mention that this is just a follow up of the 2016 release and is based on the Finnish mobile game fad.

Consequently, The Addams Family is also next in line. In this animated movie, the two animation giants cinesite and MGM have collaborated to produce this newly featuring adaptation of Charles Addams comic character. Here in, we should expect to see the Addams family face off against a crafty television host while also making preparations of the extended family to arrive for remarkable celebration.

Last but not least, the KLAUS is also preparing itself. Sergio Pablo’s is the chief director of this film. With his film directional debut upon the Klaus, the main theme this year of this quirky holiday themed movie will be to expound on the origin of Santa Claus.

In a nutshell, as we have seen above the brief description of the best animated movies too expect in 2019, we should also question ourselves about the animation tricks and techniques behind these fancy movies. For more information concerning animation and all of the sort, contact the Prayan animation studios for best of its kind. We are the animation giants based in India.