Animated films that made an impact in 2019 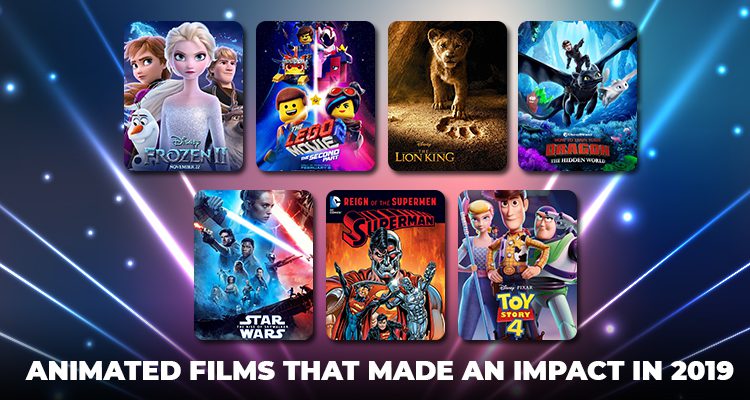 With such an amazing roster of 2019 animated films, it’s hard to determine the best animation movies of this year making an impact.

Sequels to smash hits like The Lego Movie 2: The Second Part, Frozen 2 and Toy Story 4, all came out in 2019. There were also anticipated exciting original animated films, such as Spies in Disguise and Sonic the Hedgehog. The industry has also been putting out some exciting content such as Reign of the Supermen.

Dream works have been known since their first-ever release of Antz in 1984 and have continued blessing us with amazing films such as penguins of Madagascar.  2019 was a good year for DreamWorks, delivering other Certified Fresh animations such as The Hidden World.

Other movies that hit the theatres this year were the anticipated Frozen 2, Lion King 2 not forget Alladin, star wars, Dumbo, Rise of skywalkers and penguins all by Disney! Disney almost never disappoints, creating digital animals so authentic they’d be confused to be real. It would be argued that no studio has more of an envious 2019 movie slate than Disney with beloved animated classics.

At least half of Disney’s movies out this year have hit everywhere and the studio is making millions out of them. Walt Disney animated studios continue to be not only kid’s favorite animation studio but for adults as well.

I wouldn’t forget to mention Toy story 4, Kitbull and smash and grab on the list as some of the animated movies by Pixar that made an impact. Toy story, for example, has been on the theatres since the 1980s and is still the top animated film of all time. Pixar is also about to deliver another animation next year soul which we all can’t wait for.