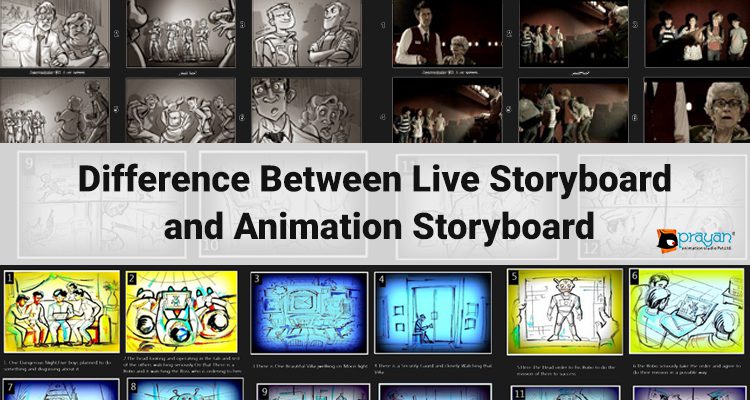 As the title suggests, there are a number of dissimilarities in storyboarding a live action and animated productions. Many of these story boarders usually specialize in one area or the other due to the different drawing styles that are involved in the various or rather respective areas of production. A good examples is depicted when live action directors do not have the guts to stare at cartoony storyboards or even the live action artists may not be in a position to draw cartoony styles. As a result, consider the following differences.

Another difference that arises between live storyboarding and animation storyboarding is the number of drawings necessary for a scene. In live action, the beginning and end of any action is drawn and shots of other scenes that need to be seen are added. There is no need for detailed acts as the actors decide for themselves how they act. Subsequently, for animation storyboards, the animation are the characters. As a result, especially for hand drawn animation, the key frames must be shown. However, the in-between are then added as the animation progresses to smooth out the action.

In addition, numbering of scenes and shots also differ in these two kinds of story boarding. In live storyboarding, a shot encompasses the various camera angles used in one location during one period of time. However, on the animation storyboarding, more so, hand drawn animation considers every shot to be a new scene. Thus, when they are saying the living room examples you will have three scenes. The 3D animation scenes can be numbered in either way but not as in live storyboarding.

In a nutshell, the above are some of the major differences between live storyboarding and animation storyboarding. Therefore, it is important to have a grasp of the distinctive features between the two comparable which will help when making your great order in the near future.