How does Markerless Motion Capture Work? 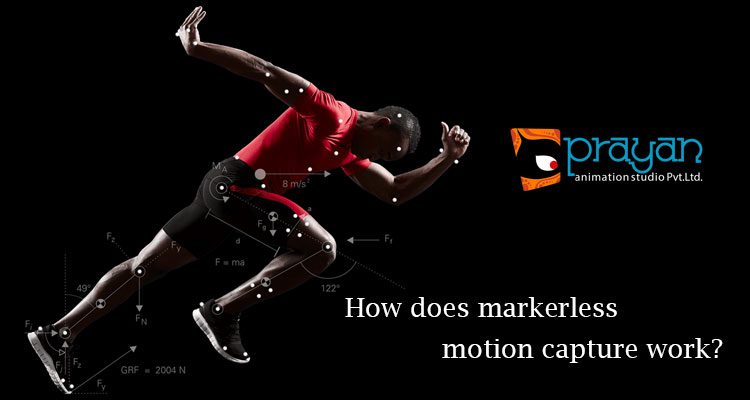 The possibility to work markerless is advantageous in various ways: Working Markerless is one of the achievements that have improved the analyzing of objects and one can easily deconstruct and  put together a complex figure or get the desired results of a process.

One of the famous tools used in the markerless process is a depth sensitive camera; most of the depth sensitive cameras are just more of like a digital camera only that for them they contain information about the distance of to an object. Hence, a scene can be digitally free constructed to a 3D form with much ease. These cameras are used to analyze the mechanical aspect of running with much precision.

In contrast to traditional motion capture systems, depth cameras do not rely on physical body markers. Instead, they use a pattern of near-infrared light to perceive depth. In a way, one can say that a depth camera generates its own body markers made of light. Therefore, no special suits or body stickers need to be worn which makes running analysis very fast and easy. You just need to step on the treadmill and run and that’s it.

The cameras that are used in this markerless capture process come with the built in tracking capability which works better for the general areas where precision and speed are not that crucial. For vigorous action such as running, that is not adequate, hence, most analysis softwares such as SIMI shape 3D and MotionMetrix come with their algorithms for proper 3D reconstruction. This helps in getting exact movements of each segment for clear analysis.

The following are common set-ups for the markerless motion capture

When the set-up is complete, the silhouettes from the actor are extracted and used to reconstruct an object for analysis. The results are 3D joint positions and joint angles (similar to marker-based systems but without using markers)

All categories rely on rigorous kinematic and kinetic calculations to extract the angles, forces, timing parameters and everything else that matters for a complete running mechanics assessment. Before, you needed to visit a fully equipped biomechanics lab and spend a day to get the same parameters.