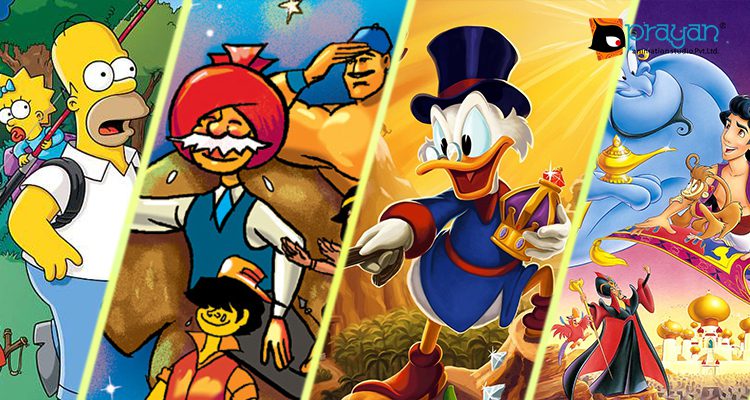 Since time immemorial, animation has won its reason for existence in many different sectors for various applications despite the technical challenges in the means of generating these animations that acted as major drawbacks in the olden days. However, this did not prevent the animators from achieving their goals in the creation of desired animations.

In the present day animation world, the techniques and methods of generating these animations has greatly improved due to technological advancement and therefore it has led to easy and quick development of technical animation characters compared to the olden times. At the same time, despite the advancement in technology of developing these animation characters, the animation producers are however, reproducing the old characters in this new era and hence are openly justifying the love they had for this type of animation; old is gold. This happens as a result of several hidden reasons of which are explained in this characteristic article.

To begin with, in the olden days, personal artists were required to draw the animations arts in large numbers and hence many artists were required to do the same, however, the equal task can be done by only a few artists with the aid of computers and all will be achieved in fact in a more effective and efficient way with quality animations on the screen. Furthermore, it also makes it easier to manage a few workers than a number working on the same project.

Additionally, old animation characters are simple and efficient in storytelling. What does this simply mean? In the olden days, the main excuse in for animation production was that in order that a certain story is properly compelled to the viewer’s understanding it could take longer than expected because it takes quite a long time to produce the same. However, in the present day animation industries, it is easier and efficient to do the same. This shows that old animation is eye catching.

In summary, the old animation is something that cannot be done away with as quickly as one might think. This type of animation as much as it involved much work and it took a lot of time to develop, it is easily done and also to the audience, it is enjoyable and attractive compared to the types of animation developed in this era of modernity. As a result, it should be clearly understood that the modern day animation is equally talking down the memory lane.