Difference between Traditional and Computer Animation 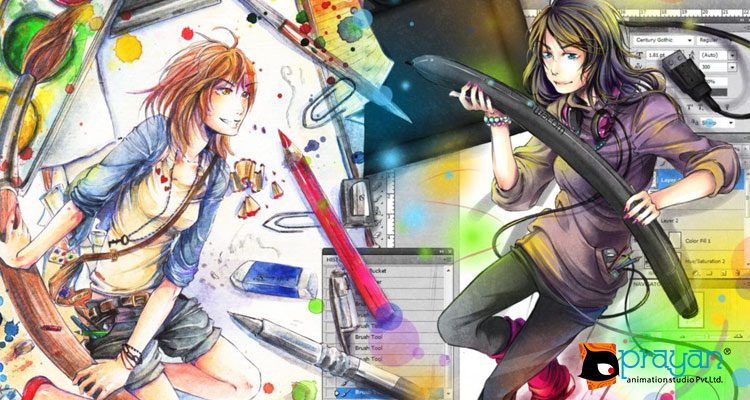 Each day we get exposed to different kinds of animations and with the improved precision among animators, it’s now almost difficult to note the difference between traditional animation and computer animation. Hence this article will try to explore all the basic differences of the latter and also give you the advanced thoughts how to notice each.

From the early days of cell-based animation in stop-motion, up to the current 3D  seamless and creative works, the growth in technology made things easy, smoother and faster.

Therefore let’s check the differences on the tools involved. The traditional animation artists needs a lot of stationary such as the cell paper, collage, pencils colors and many other equipment to establish an animation. This either does not bother the computer animator a lot as they just need their laptop which can wholesomely support the programs. Then before running the software the creator must be able to understand its basics and fully comprehend how to draw on them various moves for better quality.

In traditional animation also there’s a small room for error in the production period, as each sequence or character can be redone when a mistake appears, unlike the computer animation where only you can undo mistakes that are made on the animation to a certain number and the rest remains the same. Hence requires that in each computer animation, visualization is very important to enable distinct character drawing.

In the recent times though, there has been perfection in the traditional animation till one cannot differentiate between it and computer animation. However, there are a few differences, and in some cases it is possible to differentiate, such as the things you pointed out. Cell cartoons often use thinner lines (except for when drawings are xeroxed onto the cells) and the line color is almost always seen as dark grey/brown as opposed to pure black. Another major difference is fairly easy to replicate these cell trademarks in computer animation, but most companies see no reason to. Hope this helps you in your journey and for any assistance in animation kindly contact Prayan Animation