Evolution of Animation: A Brief Journey Through Time 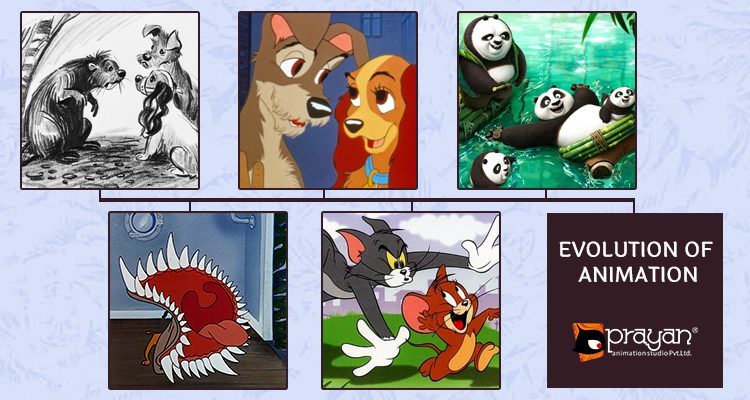 Among the best childhood memories that most of us have belong to the lethargic weekend mornings spent watching cartoons on the television. With reference to whether it was the iconic tale of the famous snow white and the seven dwarfs or the carrot-chewing rabbit indulging us repeatedly with “Eh… What’s up, doc?”, this clearly shows that animated motion pictures have always grasped our imagination. Thus, our curiosity and imagination could be the possible reason that has led to drastic evolution of this industry.

The deep history of animation technology that showcased moving art pieces and images changed over time. As a result, in the present day, computer and internet technology aid in design of terrific animated videos that are enjoyed by diverse assemblage.

In the traditional animation history, hand drawn animation was done using cel animation. Cel parse, refers to a transparent sheet made of cellulose nitrate and camphor, which was used to create hand drawn objects. However, once the characters were drawn, they were superimposed on one common background images in order to reduce the number of frames and production times.

Moreover, stop motion animation was also used in the traditional era. This was between the years 1914-1967.

Between the years 1967-1984, the computer revolution aided in animation design. However, it did not change the way animation was done. The frame by frame animation of 2D animation could entirely be done by computers. Despite, it gave the developers good graphic control as well as making the process less grueling thus easy to produce without props and actors.

Last but not least, the years between 1984- 2018 was the era of computer generated imagery (CGI). Modern computer animation include 3D animation as well as 2D animated graphics which are then put in motion by either using frame by frame or rigging technique to develop a continuous scene. It ensured that the rendering was rapid and also guaranteed the animation was not only fit for cinema and TV but also brand storytelling and web series.

In a nutshell, it has been our culture as Prayan animation studio to track and stay updated with every new technology and procedure that the animation industry ventures in. hence we develop world class up to date animation for both cinema application as well as web series and product review story telling. keep in touch.