Less recognized or not much popular animated characters of all times 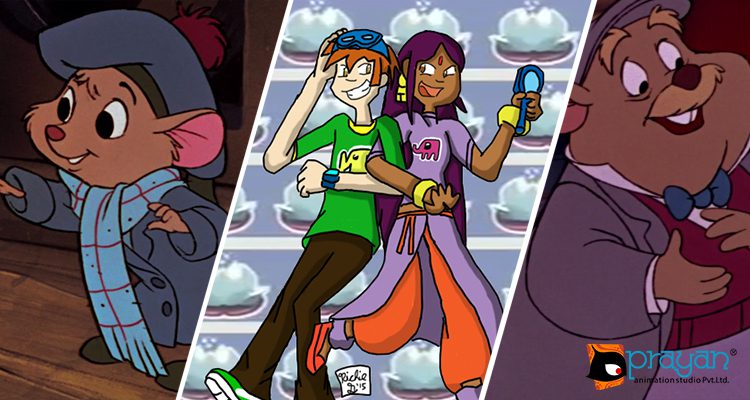 To begin with Olivia Flaversham. This refers to a young heroine and is the tritagonist of Disney’s 1986 animated film, The Great Mouse Detective. Olivia is generally an innocent, sweet, rambunctious, very brave little girl. She adores everyone, especially her father; who is her only living relative, due to her mother’s death. She is affectionate to fuzzy animals, particularly Toby. She becomes irritated when people say her last name wrong; as is evident when Basil gets it wrong on a multitude of occasions, so she typically tells them that her last name is Flaversham; on one occasion, with the help of Dr. Dawson.

Secondly, we shall talk about generous and kind Dr. David Q. Dawson. He is a deuterogamist of the same animation film as Olivia. Dr. Dawson is a bumbler who has a good heart and joins Basil on their hunt to find Hiram, Olivia’s father, from the diabolical Professor Ratigan.

Additionally, Sally Bollywood is another long forgotten character. She is an animation character loved by many especially in India and she runs a detective agency at her home in a basement in her house. She also loves to sing and dance the Bollywood style. To expound about the series, it is based on sally solving many kinds of cases while employing different techniques brought to her by her friends from school.

In a nutshell, it is evident that there are a number of animation characters that have not been realized by many of which is real since not everyone watches everything, however, the much we watch over an animated movie or series, we will get used to this and hence be able to realize many different interesting characters just before animation phases transit.  For more interesting characters and animated scenes of the same caliber, contact the world class animation company, the Prayan animation studios and get an instant reply.