Stepped and Spline Blocking in Animation 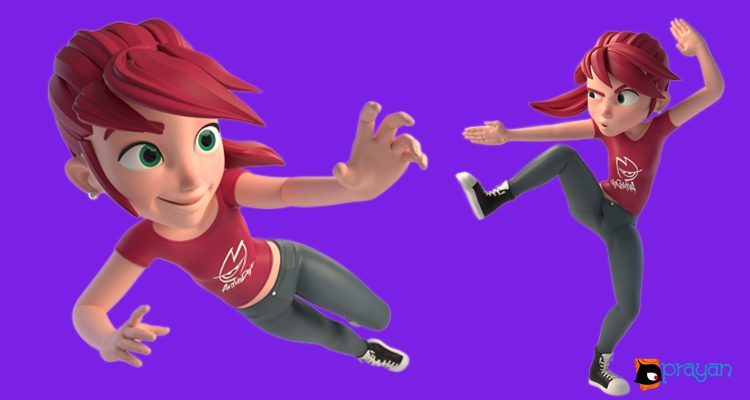 When designing animation especially the 3D animation, there are many steps that are involved. One of these steps is blocking which tends to put many animators in dilemma of which specific method to use. Blocking is a technique used in animation in which key poses are shaped in order to set up timing and placement of characters and props in a given specified shot.  There are different methods in which blocking can be achieved some of which are stepped and spline blocking as discussed below.

In Stepped blocking the animation curves of the blocked shot do not provide interpolation between the animation poses.  This method is significant because it communicates big ideas and general clarity through the keys and breakdowns. Additionally, the main purpose of blocking using this method is just to verify and proof the concept. Moreover, by using the stepped blocking method, the animator is forced to thinks in terms of poses, beats and tremendously explains the large ideas.

Some of the advantage of working with this method is that it is normally faster and gives one the option of correcting and rectifying the mistakes as early as possible. This means that if any change is necessary it is easier to do it in the rough state.

However, its main disadvantage is that it is difficult to add more information to market your idea by keeping it simple and clear.

On the other hand, the spline blocking technique helps the animator assume a vivid understanding of who the characters are and how they are supposed to move. Hence this method allows one to work organically and straight forward. This is important because it enables one to know how the animation is going to work right immediately from the blocking stage.

In addition, with the spline method, the computer usually interpolates for you and hence you are able to get a clear grasp of how the timing of the animation is going to be. In the event that it does not satisfy the animator, he/she is able to shift the key frames without playing the full animation. This helps in focusing on the posing rather than the animation.

Consequently, with the spline method, it is easier to fix things like following through and overlapping actions. This gives the significance of the method as you can get 70-80% of the way right in your first pass and hence finishing the shot can be a little bit easy.

The disadvantage is that it is easy for one to be distracted by the exclamation of the key frames when one should only focus on the timing.