3 REASONS WHY CHARACTER BASED ANIMATION VIDEOS ARE POPULAR 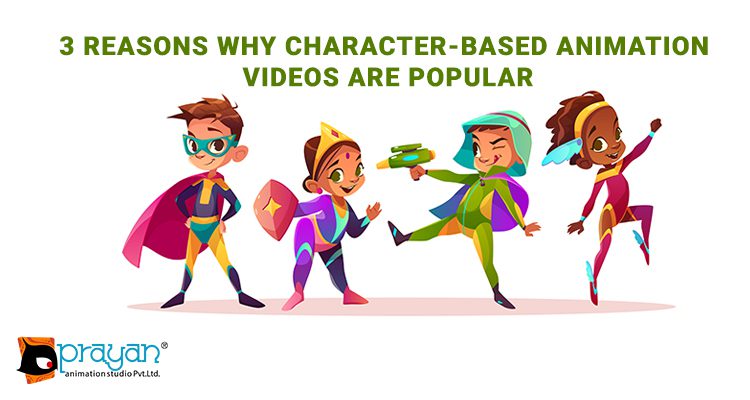 Adding a character to your animation video makes it more interesting. People love stories and they would want to know the story behind your character. That is why animation companies model the characters in their videos to have both problems and needs; just like every other human in real life. The more people can relate with the characters in an animation video, the more they will want to watch it.

2) Captures The Kid In Us

So many people spent most of their childhood watching character-based animation videos, also known as cartoons. Back then, they enjoyed it so much that it became a habit.

Now that they are adults, when they come across a 2D animation video with fun characters, they can’t resist watching it because it reminds them of their childhood.

3) Cost And Freedom In Creativity

Also, character-based animation gives room for more creativity. There are some ideas that are difficult to implement in real videos, but you can do a lot with 2D animation videos.