Difference between 2D and 3D Animation in Multimedia 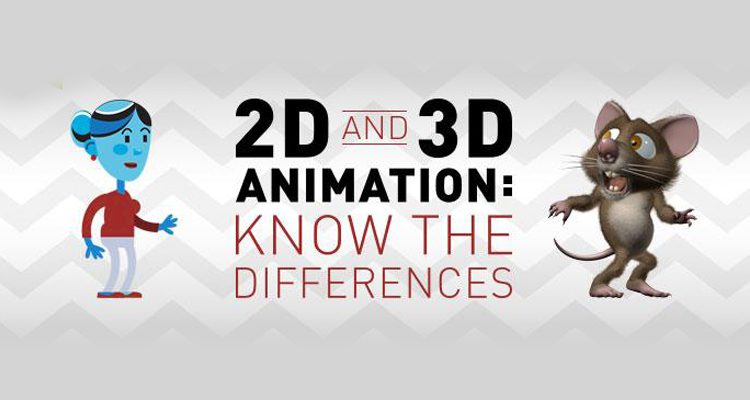 Gone are those times when you had to make a considerable effort to comprehend a simple figure or structure. The wide use of animations has made it far easier to present complex ideas in various contexts and connect with your audience quickly. No doubt, animation companies are serving so many different industries that range from entertainment to medical and engineering.

Before you decide to hire an animation company for your business, it is important to understand the difference between the two most common multimedia techniques and their relevance in your situation. Let’s have a quick overview of 2D and 3D animations.

The basic idea behind this technique traces back to the painstaking work of artists before the computer era who used to draw thousands of frames for a single animation movie. There’s a minor difference in each frame and then all of them are projected with certain time difference and position to give an impression of motion.

However, with the easy access of animation software, anyone can make a 2D animation video with a little effort. Such animations are commonly found in televisions ads, e-learning videos, websites and many videogames as well. It is interesting to note that our digital 2D has evolved from those traditional flip books in which an animation effect is observed when you quickly flip the pages.

This one is relatively more advanced and realistic than 2D animations. If you ever had a chance to enjoy a glimpse of virtual reality or a movie in which “characters and objects seem to come towards you out of the screen,” you can understand 3D much better.

What makes three-dimensional multimedia different is the depth of elements. While 2D only uses a flat surface, here you can actually see everything as a physical object and easily rotate it to view from various camera angles and positions. Of course, the process of making such animations is also somewhat difficult.

For most business applications, 2D animations usually suffice. However, sometimes involving 3D figures can give significant added-value. Prayan Animations is here to help you with the best animation techniques based on your business requirements.