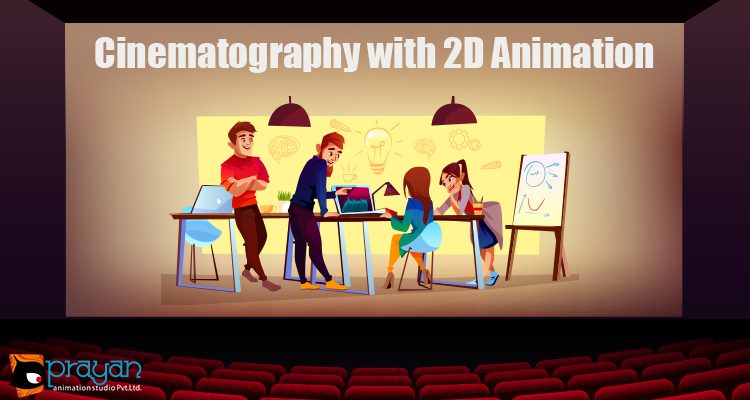 Despite the “realistic” innovation in design, which brought the rise of 3D animation, in recent times a much more traditional technique has become fashionable again: 2D animation. You just have to look at the billboard movies made through this process, not to mention series, ads and video clips.

We define the projection and filming system in two dimensions as 2D cinematography. It is what, in the same way, we know as a conventional film which has 2 dimensions (height and width), is not filmed in a special format and is also projected on a normal screen, which makes us see a flatter image.

2D animation consists of creating cartoons in two dimensions but giving them life, movement, and personality. The bases for this type of animation are the drawings made by hand. Therefore, one of the basic conditions to learn this technique is to have good knowledge as a cartoonist.

To understand a little what it means, we must know that dimensions define the space in which an object can exist. Imagine a very fine line that has only one dimension, for example, this is the length. If you add a second width dimension, you have a 2D or two-dimensional space. This can be done through many tools or software that allow you to draw characters and scenarios and, then, grant them the power of “acting”, in other words, giving them soul and character to make them act on the scene.

A 2D graph has two axes, usually called X and Y. Most of the drawings, photographs, paintings, and books of image format are two-dimensional. In this sense, 2D animations are smooth, although you can create the feeling of depth in some of the elements that use light and shadow, but only through the use of these resources and not by executing modeling techniques.

Classic animated films like “The Lion King, “Cinderella” and “Pinocchio” are examples of cinematography with 2D animation. Actually, the standard movies are 2D, what happens is that there is a deep impression since they are registered in the real world, but the image appears flat on the screen.